With this, construction of the PV plant which will bring 47.5MWac of low-cost, reliable solar energy for a ground-breaking 6.015 cents/kWh tariff, fixed for 25 years, can begin. 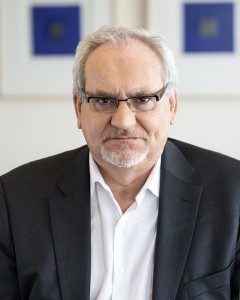 “The successful close of Scaling Solar is proof that we can find innovative ways to reduce risks that encourage private sector investment and deliver affordable renewable energy for countries in Africa and around the world.”
–Philippe Le Houérou, IFC’s CEO

How did Scaling Solar Make a Difference?

Scaling Solar helped the Zambian government to quickly procure a large-scale solar projects with private financing. As a World Bank Group solution, Scaling Solar provided Zambia with a package of technical assistance, templated documents, pre-approved financing and insurance products through IFC and guarantees backed by the World Bank and MIGA.

The competitive tender process created under the program helped attract 48 developers, 11 of which were pre-qualified to bid for the project, and yielded a record-low solar tariff of 6.015 cents/kWh, fixed for 25 years. This constitutes the lowest solar tariff in sub-Saharan Africa to date.

Who is Developing the Project?

Neoen/First Solar Inc. were one of two winners in Zambia’s first Scaling Solar tender, setting a new benchmark for solar tariffs in Sub-Saharan Africa, with a ground-breaking 6.015 cents/kWh tariff, which will remain fixed for 25 years.

“Once again we demonstrate our ability to gather support from major investors such as IFC and OPIC for a project with remarkable impact. We are proud to be giving Zambia its first high-power solar park in this initial stage of the Scaling Solar programme and to be offering a competitive rate that constitutes a record for Sub-Saharan Africa.” – Xavier Barbaro, CEO of Neoen

Who is Supporting the Project?

The equity for the “West Lunga” project is provided by Neoen/First Solar Inc. and the Industrial Development Corporation of Zambia (IDC).

The financing package for the “West Lunga” project includes senior loans of up to $13.3 million from IFC, and equal amounts from the IFC-Canada Climate Change Program, and from OPIC, along with an interest rate swap from IFC of up to $3 million and a $2.98 million partial risk guarantee from the International Development Agency.

“This Scaling Solar program highlights the changing relationship between private enterprise and the development community. The Government of the United States, through Power Africa partners like the World Bank’s IFC, the Government of Canada, DFID, PIDG, and U.S. government agencies like the Overseas Private Investment Corporation (OPIC) and the U.S. Agency for International Development (USAID), is helping support and coordinate the unique capabilities of the public and private sectors to increase energy generation and access in Zambia.”- Andrew M. Herscowitz – Coordinator, Power Africa

“This initiative is a great example of ways that governments and businesses can solve problems together while tackling climate change. The Government of Canada is proud to support Zambia with this ambitious initiative that will help them to secure a clean, reliable and affordable energy future.”
– The Honourable Catherine McKenna, Canada’s Minister of Environment and Climate Change

“The DevCo-supported Scaling Solar program is making it quicker and easier for governments to deliver fast, affordable, clean energy—even in smaller untested markets. Through this program, we are helping set a new standard for procuring large-scale solar power.”
– Philippe Valahu, PIDG’s CEO

What Does the Project Mean for Zambia?

Over half the global electricity access deficit is in Africa, with 2014 figures showing over 600 million people around the world still lack access to electricity.

Zambia, too, is currently facing a significant energy crisis. The country’s energy currently comes primarily from hydropower. Over the last few years, this dependency has led to acute energy shortages due to lower than expected rainfall. The resulting load-shedding of up to 10 hours a day has been a severe barrier to the country’s economic development.

With the help of Scaling Solar, Zambia is now diversifying its power sources, building a more reliable energy mix.

“Diversifying our energy mix and expanding our installed capacity will allow us to power Zambia’s socio-economic development. We look forward to continuing on this path with Scaling Solar on a new round of projects for 500MWac of solar energy.” — Mateyo C. Kaluba, Chief Executive Officer of IDC Zambia.

What Does This Mean for Other Developing Countries?

The signing of the financing agreements of the “West Lunga” project, proves that Scaling Solar’s innovative approach to PPPs can bring significant advantages to countries looking to expand their access to clean, affordable energy sources. The program is not only limited to countries in Africa, but can be applied in developing nations around the world.

“Solar power holds limitless potential for countries in Africa, but for many countries it has been hard to attract and close competitively priced projects with high quality developers. Scaling Solar was designed to fix this and bring investors and governments together in a transparent and streamlined competitive process to enable the private sector to provide a clean energy future for Africa. Universal access to energy — especially clean, affordable energy — is essential for developing nations to grow and for people to reach their full potential, and Scaling Solar has proven it can help deliver this”.
— World Bank Group President, Jim Yong Kim.

What’s Next for Scaling Solar?

Twelve companies have already been pre-qualified for Zambia’s second round of Scaling Solar tenders, which are expected to develop up to 300MWac of renewable power.

Senegal has released its Request for Proposals in October 2017. The year before, 12 out of 28 bidders had successfully pre-qualified for the project.

Madagascar and Ethiopia have both released their Requests for Pre-Qualification under Scaling Solar.

In addition, the program is expanding to new regions with countries in Asia, Latin America, and the Middle East in discussions to join Scaling Solar.